The advantages of Virtual Reality in companies – Practical examples 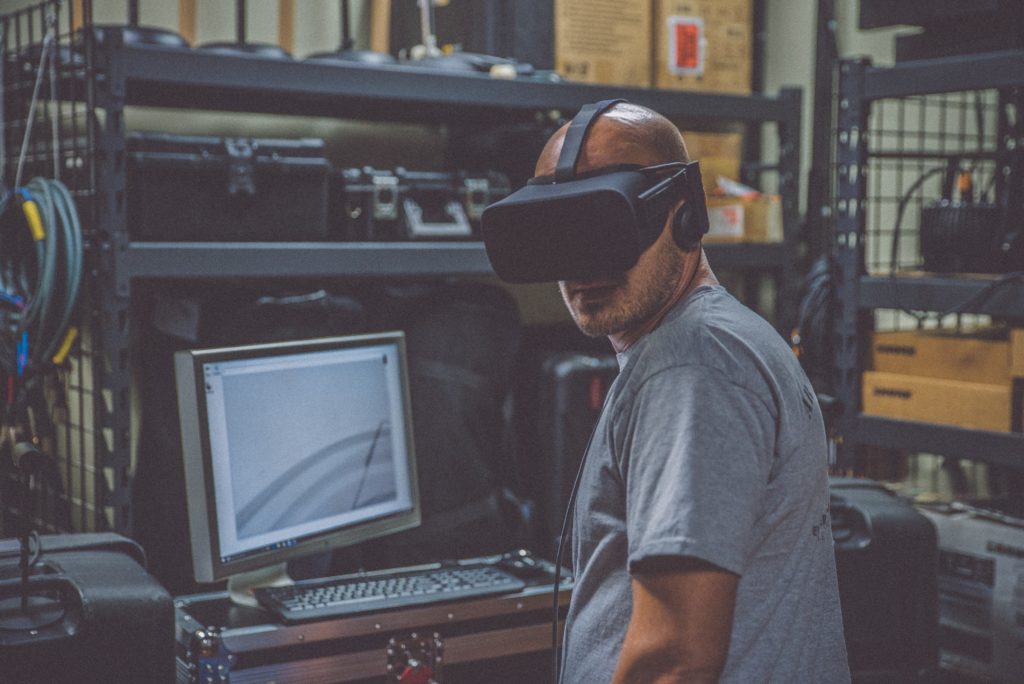 Technologisation and modernisation offer numerous advantages and completely new methods for optimising our daily work. A process that many companies are already aware of today. Virtual reality in particular plays a major role here, which is already being used in various forms in practice.

Imagine this: You go to your office to face the daily challenges, but instead of sitting behind the computer desk as usual, you put on you VR headset. In a virtual holodeck you perform your duties interactively, then change the immersive environment and are at a conference table for an international meeting with representatives of important companies to exchange the latest information.

A lucrative idea, which could save companies not only massive costs, since travel expenses for the exchange and networking of employees become obsolete. What currently still sounds like a fantasy could soon become possible because numerous researchers and companies are working on the further development of VR technology, which could make the so-called holodeck reality.

Audi has been testing the use of VR technology to evaluate the design of new vehicle models since the beginning of 2018. A team of experts is looking at the 3D models of the latest automobiles with an HTC Vive in virtual reality. The car manufacturer’s VR holodeck serves as an interface between development and production by making the necessary adjustments before the vehicle finally goes into real production.

Since 2017, Volkswagen has also been relying on VR technology for the collaboration of personnel by networking employees with each other thanks to its own VR app based on the Innoactive platform. Within the VR environment, engineers worldwide can practice with each other on virtual models and prepare them by performing the necessary steps with a Vive controller. All parts and execution processes have been designed as realistic as possible to create a realistic and immersive experience.

Another area of application is the training and further education of employees, as presented by a hospital in Los Angeles. Virtual reality makes a major contribution to the training of surgeons in emergency care.

In a VR experience, doctors can simulate emergency scenarios in a virtual environment and thus realistically prepare surgeons for emergencies. Before the introduction of the training form with an Oculus Rift, the American hospital used expensive and time-consuming dolls, which were often damaged. More than 430,000 US dollars were spent per year.

These are only a few examples of numerous fields of application of VR technology in various areas. The possibilities are almost unlimited, an innovative and lucrative piece of the future that could bring mankind a huge step forward.