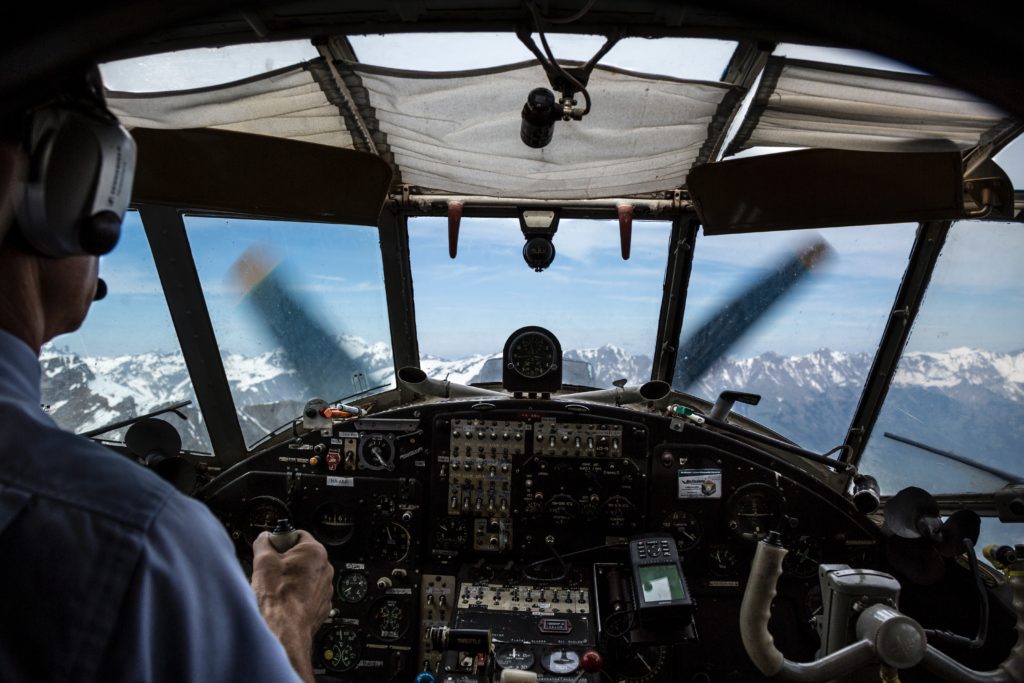 Although flying is considered to be one of the safest methods of traveling, more than 15% of all Germans suffer from latent fear of flying. The University of Würzburg has been dealing with VR exposure therapy for many years and has been able to achieve enormous success in the treatment of patients in various studies. Also Oculus supports companies and start-ups in the development of new software to fight anxiety. The VR experience Flight VR, for example, provides a realistic representation of a flight in order to overcome the problem and to continuously get accustomed to a stay inside an airplane.

Aviophobia is the pathological fear of flying. The mere thought of boarding a plane can cause physical symptoms such as tachycardia, headaches or nausea several days before the start of the journey. A successful treatment method can be found in confrontation therapy, in which the patients are exposed to the stimuli that cause anxiety. It is unavoidable that this causes a lot of stress, but a digital method can help thanks to VR technology:

With Virtual Reality Exposure Therapy (VRET), patients should be confronted with their fears in a safe environment and thus achieve positive effects. The combination of cognitive behavioural therapy, which is generally the method of choice for specific phobias, with VR technology enables in vivo exposure in a virtual environment. Thus virtual flights with take-off and landing are simulated with HMDs and an immersive environment is created.

This includes a realistic flight environment, flight noises and announcements by the flight personnel. This enables the therapist to respond to the specific fears of his clients and to repeat the anxiety-triggering phases until a habituation effect occurs.

The effectiveness speaks for itself, as numerous international studies confirm the effectiveness of the VRET method. According to the study, a large effect should already be achieved with short treatments. Exposure in virtual reality also appears to have the same effect as real exposure in vivo. Long-term effects are also noticeable, as was shown in a 3-year follow-up study. According to the study, 28 out of 30 study participants were still able to board an aircraft and take the flight without any problems.

The University of Würzburg has been working on the VR therapy programme since 2006. In addition to coping with fear of flying, the researchers are also developing numerous other VR exposure therapies, including for fear of spiders, fear of heights, tunnel anxiety and social phobias.

Not only science, but also committed developers deal with the problem and try to help those affected with VR experiences. The VR-App Flight VR from the studios Visual Lane and Chris Bain Design simulates the realistic stay from the entrance to the airport until the plane takes off. The necessary intermediate steps up to the final boarding are simulated in detail. This includes, for example, check-in or the demonstration of safety instructions by the staff on board the aircraft.

“VR is a perfect tool for releaving someone of the acute anxieties caused by flying. Traditional exposure therapy can be distressing to the patient and cause even more extreme symtoms such as panic attacks and vomiting. Flight VR allows the user in enter a photorealistic 360 environment and experience air travel procedures, at their own pace, in the comfort of their own surroundings.”

The project is part of the Oculus Start Program, which aims to support start-ups and small businesses entering the VR industry.